Showing posts from November, 2017
Show all

Why did I become a teacher? Because I was a black belt first. 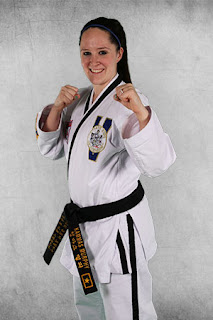 The more I blog, the more I realize how important it is to reflect at three levels: how we got here, what we are doing, and where we want to go. Today I want to share with you my unique story on why I became a teacher.

When I was 10 years old, I started taking taekwondo classes at ATA Martial Arts in Amherst, NH. I joined because my brother was training and other sports never clicked with me. I am grateful every day that my parents signed me up. Over my adolescent years, I gained confidence and public speaking skills. By the time I was 13, I had earned my black belt and began helping my instructors in classes.
The ATA Leadership program helped me find my voice and my love of teaching and has been an instrumental part of my life since. By the time I was in high school, I was an instructor, running classes, communicating with parents and learning the importance of always improving yourself if you are going to help others improve themselves. My instructors were some of my first non-fami…
6 comments
Read more

Active Learning and Pear Deck are a Perfect Pair🍐

Last year I attended one of Ed Tech Team's Google Summits and was introduced to Peardeck. I owe a huge thank you to Ed Tech Team for putting on the best PD I have ever attended. I left so motivated and having learned an incredible amount. Check them out if you get a chance @EdTechTeam and https://www.edtechteam.com/.

Pear Deck is a web-based tool that allows you to formatively assess your students. You create a slide deck with interactive questions that range from drawing their response to typing answers to dragging a dot to a location on a map. The wide variety of question types is one of my favorite aspects.

This tool is ideal for any 1:1 environment. There are three parts to starting a Pear Deck session.

Launch your slide deck from the device attached to your projector. Use your second device (ideally a tablet/iPad) to run the dashboard and control what is being seen on the projector. Students use their device to login using their Google emails and enter the session code that ap…
Post a Comment
Read more

How Technology Has Helped Me Become a Teacher Leader 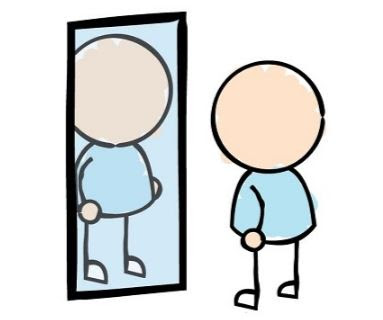 It's about to get self-reflective up in here.
I've been blogging for a few months now, but realized I have shared very little about my journey. This post will touch a little bit on a lot of things, while focusing on how I became the teacher leader I am today and how technology helped me get there.
Rewind to June 2012. I was a fresh college grad and was offered a position teaching science at the school I am still at today. I was told that I would be receiving an iPad as part of my contract. To be honest, I was stoked. Not only was I employed (woohoo!) but I also got a new piece of technology to tinker with. I spent that whole first school year trying things out and exploring the iPad.
In the 2013-2014 school year, we launched a 1:1 iPad program in grades 9-12. It was awesome. I decided to flip my class after seeing Aaron Sams and Jon Bergmann speak at NSTA. I was inspired, motivated, and had endless energy. I immediately started collecting data on how my flipped classroom was…
2 comments
Read more
More posts