No More Net Neutrality - What now?

December 15, 2017
Yesterday, the Federal Communications Commission (FCC) voted to reverse a 2015 ruling on Net Neutrality. As a US citizen, I am disappointed. As a member of the computer science community, I am frustrated. As an educator, I cannot stay quiet.

What happened in 2015?
In 2015, during the Obama administration, the FCC ruled to keep the internet open for everyone. The decision was made by the 5 person FCC panel. As internet usage has increased, so has our need for ISPs to provide us with reliable internet. This ruling came after there were issues of throttling and bottlenecking, particularly with streaming websites like Netflix. The 2015 ruling made this behavior illegal. 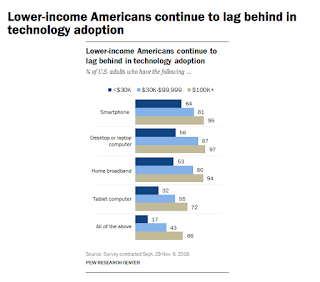 Yesterday, on 12/14/2017, the FCC voted again on Net Neutrality. This time, they voted to repeal the original ruling. This means that it is no longer illegal for ISPs to throttle or charge based on internet usage. The final voting was 3 votes for the repeal and 2 votes against.

Why does this matter?
Without Net Neutrality, the digital divide will widen because ISPs will be able to charge using each aspect of the internet. The digital divide is the gap between those with access to the internet and those without. Pew Internet has provided research to show that lower income families have less access to the internet. In our digital age, this means less access to all sorts of information. As teachers, we have to recognize that this will widen the gap between our students based on their socioeconomic status.

What can we do?
Educate yourself. Educate those around you. Share your thoughts and reasons with your local representatives. Hopefully, if we continue to pressure our lawmakers we will see a reversal of this ruling in the future. Jessica Rosenworcel, an FCC Commissioner who voted against the repeal, said yesterday that the "FCC decision awoke a sleeping giant - the American people". It is now up to us to push forward and work towards change.

Popular posts from this blog 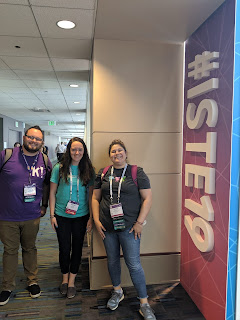 Over the summer, I have had the privilege to attend some incredible professional learning events. ISTE has been a highlight of my summer the past two years and I can't wait to share with you what I have learned. I cannot fit all my takeaways into one post, so I'd encourage you to check out the #ISTE19 and #NotAtISTE hashtags on Twitter to see what was going on during the event.

You can use Pages to create self-paced workbooks! If you didn't have the chance to visit the Apple pop-up classroom, I would encourage you to visit the Apple Teacher Learning Center to see what they were sharing. It was so cool to use the Pages workbook to walk through the stations. I can't wait to start creating more in Pages this year!
Develop a coaching cycle for your school. I listened to so many tech and instructional coaches share their best practices and while all different, at the heart they centered on the same things. Ultimately, as coaches we want to help our …
Read more

Modeling a Soda Can using Blender

Blender is an incredibly powerful 3D modeling tool and it can seem intimidating initially.
This article will help you create your first project in Blender so that you can see how incredibly fun it can be as well.

We don’t have the space for a comprehensive introduction to Blender here,
so for that you can watch thefree Blender Basics course on cgcookie.com.
If you haven’t downloaded Blender yet or need to update, you can find it atblender.org/download.
This article uses version 2.80.

To begin this project, delete everything in the default scene and create a mesh cylinder using the Add menu.

To make sure that it’s the proper size, switch the Units to Imperial in the Properties Editor scene tab and
change the Length to Inches. Open up the 3D View sidebar with the hotkey “N”, and then change the
dimensions to be 2.6, 2.6, and 4.83 for the X, Y, and Z values.

Switch into Edit Mode for the Cylinder, and add a loop cut with the hotkey Ctrl+R.
…
Read more 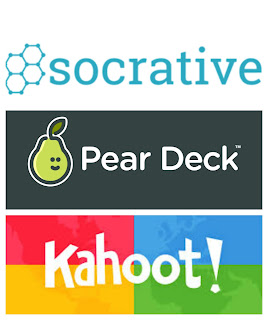 "Do you get it?""Does that make sense?" "Do you understand?" Since I can't actually get inside my students heads, I find myself constantly asking myself and asking my students these questions. I want to ensure they understand the concept and be able to work in small groups with the students that need additional assistance. When technology was introduced into my classroom, I knew there had to be a better way.
I discovered these three tools and my classroom has never been the same!
Socrative
Socrative is a great option for getting student feedback right away. Teachers can create quizzes, polls, or activities and launch them from the teacher version. Students join the "Room" and are able to answer the questions. My favorite things about Socrative are the wide variety of question types (MC, FR, TF, etc) and the "See How We Did" button. The button allows you to not only see how many got it right and how many got it wrong, but also how man…
Read more